Hedwig and the Angry Inch

WINNER OF THE 2020 ST. LOUIS THEATER CIRCLE AWARD OUTSTANDING ACTOR IN A MUSICAL.

Congratulations to Luke Steingruby for his nomination and win for Best Lead Actor in a Musical by the St. Louis Theatre Circle Awards!

“Keeps the audience on the edge of their seats…a great night out.”
-Erin Karll, OnStage Blog

“…highest caliber…terrific…one of the better performances of this piece…”
Bob Wilcox and Gerry Kowarsky, Two on the Aisle

The Q Collective is excited to present John Cameron Mitchell and Stephen Trask’s groundbreaking, Obie-winning Off-Broadway musical HEDWIG AND THE ANGRY INCH , in which the “internationally ignored song stylist” Hedwig Schmidt, herself, tells us her wild life story, as a fourth-wall smashing East German rock ‘n’ roll goddess who also happens to be the victim of a botched sex-change operation. This outrageous and unexpectedly powerful story is dazzlingly performed by Hedwig (née Hansel) in the form of a rock gig/stand-up comedy backed by the hard-rocking band The Angry Inch. It’s a rocking ride, funny, touching, and ultimately inspiring to anyone who has felt life gave them an inch when they deserved a mile. 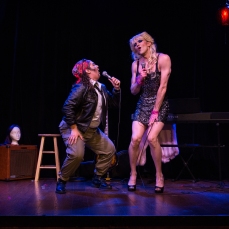 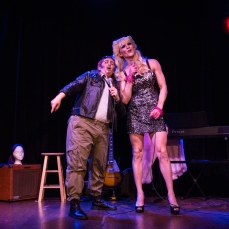 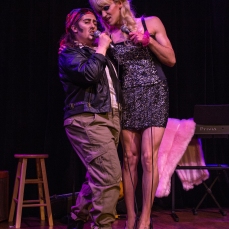 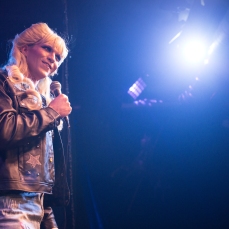